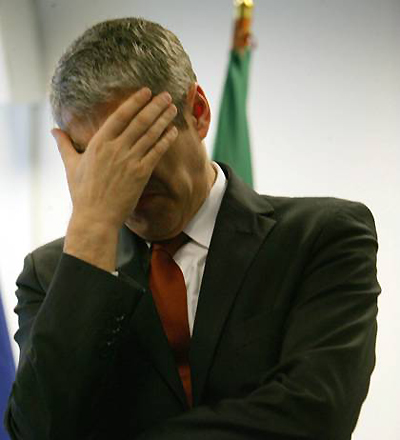 Ireland votes No to Europe

Ireland has voted No to the Lisbon Treaty, plunging the European Union into a new crisis.

With results coming in from across the country, a final result of 52 per cent against and 48 per cent in favour of the treaty was rapidly hardening. A final declaration is not expected until after 4 pm.

The Lisbon Treaty, the reworked successor to the formal constitutional pact dumped by voters in France and the Netherlands in 2005, officially needs the approval of all 27 EU member states. But only in Ireland has it been put to a popular vote, meaning today’s result may have far-reaching consequences for the entire bloc.

Barely two hours after the count began today, the No camp had already started celebrating, while senior Fianna Fail strategists privately and glumly conceded their defeat.